Have Yourself a Very British Christmas (Tree) 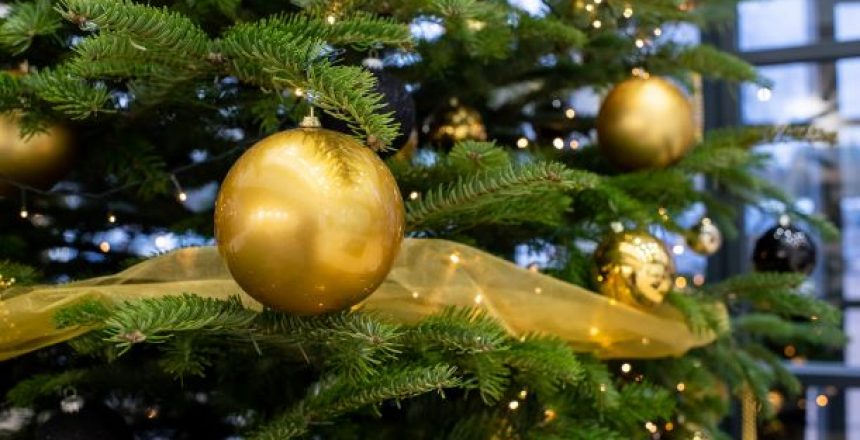 The true origins of the Christmas tree are shrouded in history, with some commentators claiming that it was a surviving relic of pagan tree worship given respectability when Christendom came to Europe. As for how this tradition came to the British Isles is similarly unclear.

The popular account is that it was introduced by Prince Albert consort to Queen Victoria, who imported the Yuletide tradition from his native Germany. He undoubtedly encouraged and popularised the idea, but credit may have to go to another royal with Teutonic connections.

Charlotte of Mecklenburg-Strelitz, the story goes brought the idea to her marital home in 1761 when she married George III, having imbibed from birth a tradition started by the reformer Martin Luther some two-and-a-quarter centuries earlier (it makes for interesting speculation whether pine needles constantly scattered on royal carpets might have actually been the cause of the unfortunate King’s madness later in life).

The Christmas tree once again won international significance at the end of the Second World War, when in 1947 Norway presented an impressive specimen from its forests to the nation, as a token of gratitude for Britain’s support in fighting Nazi aggression and occupation. They have maintained this tradition every year since, which is jolly decent of them, as it must quite a few kroner to get it across here.

At Aztec Plants, we don’t import our trees from Scandinavia, for several reasons.

On a more serious note

To reserve your Norfolk-grown, Best of British Christmas tree, call us on 01553 617060 or email us on inspired@aztec-plants.co.uk. We can supply them undecorated, or decked in a design of your choosing and even in your corporate colours.

With garlands, wreaths, swags and hanging decorations that complement your tree and extend the look to the rest of your reception and office areas, we can restore a bit of festive charm to the end of what, for many companies, has been a challenging year.